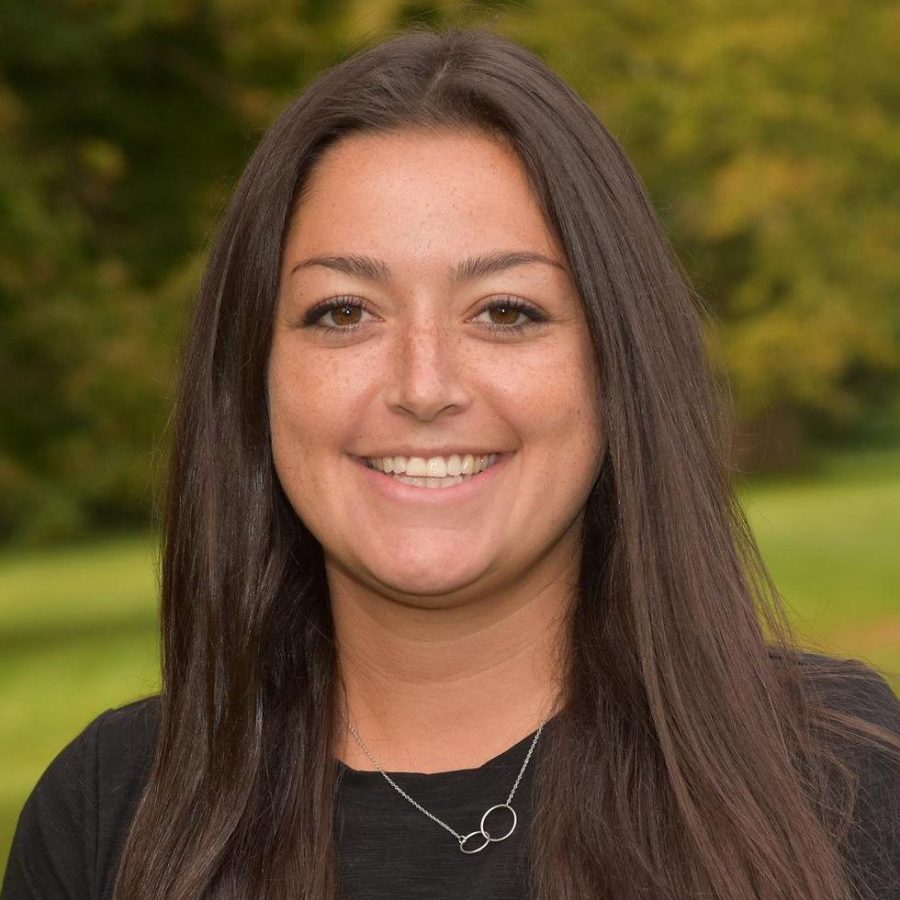 This month, I was lucky enough to interview one of the school’s counselors, Ms. Gallo. Not only is she a part of the AOSE faculty, but she was also– at one point– part of the student body. As a part of the graduating class of 2011, Ms. Gallo has been in the AOSE family since her high school career.

Among many reasons, Ms. Gallo chose St. E’s because she really wanted to be at a Catholic school and also because both of her parents worked at Catholic schools. While a student at the school, her favorite parts of it were all of the school traditions. Some of her favorites included the Calendar parties and the annual Christmas party. One of her favorite memories while she was a student at AOSE was Mrs. Corvo, who happened to be her tennis coach, getting engaged. While attending the academy, Ms. Gallo never thought that she would one day become a counselor, much less a counselor at the Academy of Saint Elizabeth.

Ms. Gallo said that she finds it incredibly useful to have been a student at the school where she now counsels. Since she was once a student here, she can easily relate and help students with any concerns they may be dealing with. Her favorite part of being a counselor is that she is able to help people– especially those who have no one else to go to. When asked what advice she has for the students at AOSE, she said, “Be kind to everyone because you never know who you could run into in the future. Be nice to the underclassmen.”